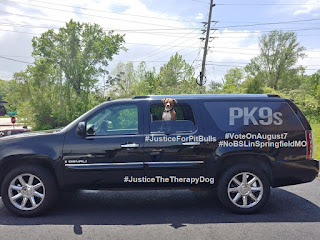 (I am no graphic artist. Just having some fun!)

I have not blogged since August 2017. There has been so much that has happened! Precious K9s new office is up and running at full speed and the campaign for the vote against a Pit Bull Ban is in full swing! The following is a quick play by play of the last 8 months:

How to join us in the campaign to Vote "NO" for a Pit Bull Ban in Springfield, MO

Our city cannot afford the amount of Animal Control officers we need as it is. This ban would increase their already heavy work load.


Adding a tougher ordinance isn't going to fix our problem with lack of education.

These Facebook pages will help you keep up to date on our campaign to raise awareness and get voters to the polls on August 7th to vote "NO" on a Pit Bull Ban...
Citizens Against BSL- Springfield Mo group

To donate to the campaign contact Carrie at 417pitgirl@gmail.com! 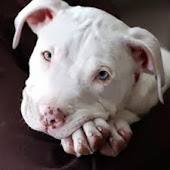